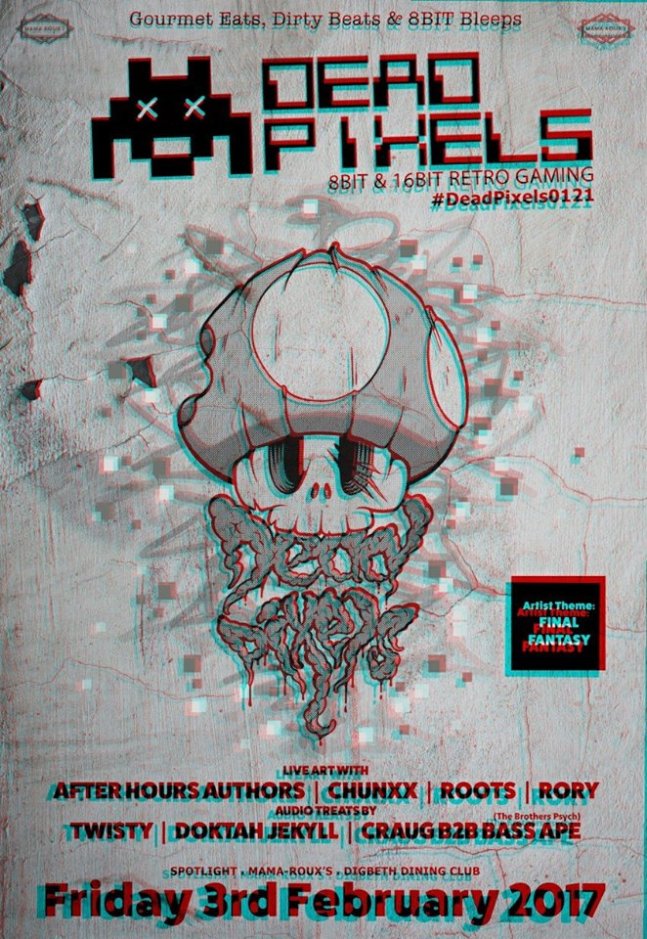 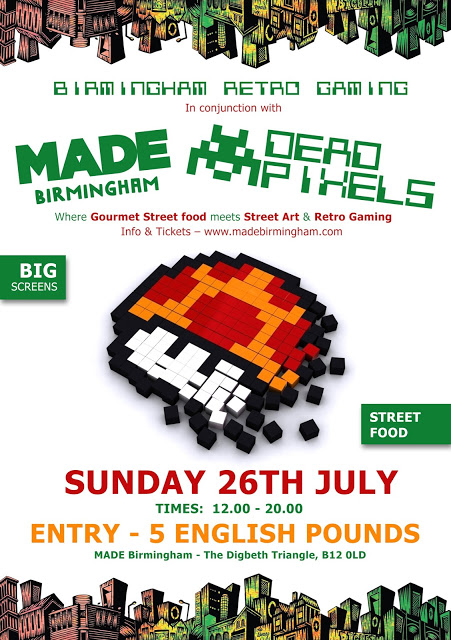 If you remember anything about last year’s month long festival, you’ll know that we here at the Birmingham Comics Festival (BCF) were supported by a number of great partners and pals such as Nostalgia and Comics, Waterstones and the MAC. And, in order to spread the word even further this year we’re branching out even more and working with some great new friends too right across the city.

First up, we have an exclusive superhero themed retro-gaming night, courtesy of Dead Pixels; a night that has grown from strength to strength over the last year or so.

Dead Pixels is the brainchild of local lad, Wes Alcorn, and can be found in Mama Roux’s whenever Digbeth Dining Club is on. What a great way to spend a Friday night, sipping cold brews, munching on burgers, baps and bajis.

What makes Dead Pixels different from other retro gaming nights is the inclusion of live street art in the form of local graffiti crews, such as Birmingham’s own Distorted Minds Crew, who I have no doubt will be collaborating on the night to create a dope diorama of capes and cowl inspired lunacy. These guys are on the up and up, and to be working with these people is a no-brainer. Bringing together the different nerd-inspired subcultures of Birmingham and getting them to come together in unity and in support of Birmingham, the comic book scene and, more importantly, the local arts is a no-brainer really. After all, with so many vicious cuts to arts’ funding, it’s DIY or die these days.

Of course, Dead Pixels are not the only game in town putting on events over June. Tune in again soon for further announcements!